Here we are, finally, I'm sorry its late this month - I've been focusing on finally getting the Oasis update out to people. It's been a good but heavy month of solid work on Tales. As always I'll give a bit of a run down here but it's probably going to be a bit of a short one since the major aim of the month was to get the update out. If you haven't already, then

Well, here it is, I finally pushed out the Oasis Update to the players of Yore and they're currently trying to burn it down (and letting me know about bugs - which is awesome!). It's been a long old slog, nearly 2 months of evenings to apply what is only a small piece of the full planned game world. I often see this GIF posted around, but I've never really felt it applied until this update:

I've very pleased to have got to the end and I'm trying to promise I won't do another update like it. I've said it before, I hope I don't say it again. Oasis brings the stats on the game to:

It really was quite the beast of the update, but the joy I've already heard from the players is really making it worth it. I don't think its sustainable to continue doing updates this way in the long run - but it does feel like a huge achievement. 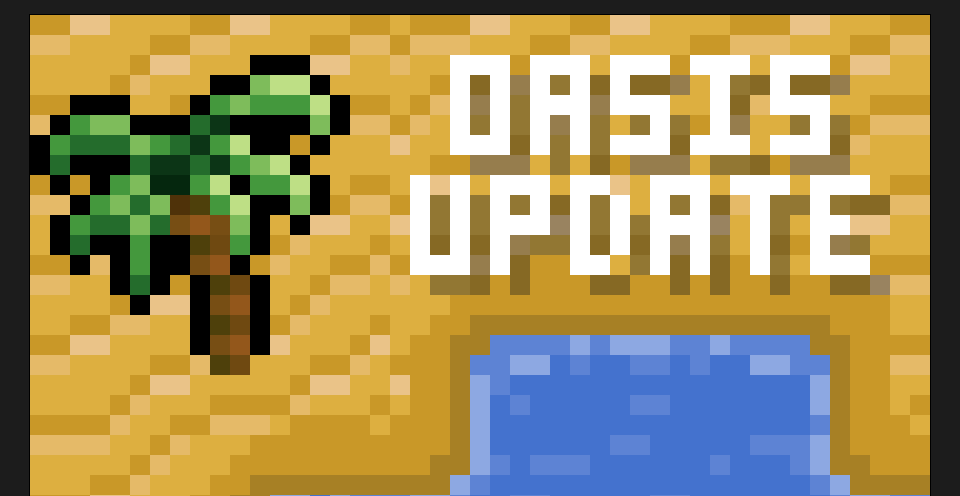 One thing I did decide this month was to take a holiday. My wife, kids and I spent a glorious week in the north of Wales. Truly a beautiful country with a lot of inspiration for the game. I won't post any holiday pictures (who wants a slide show?) but I did buy one Tales relevant item while I was away. 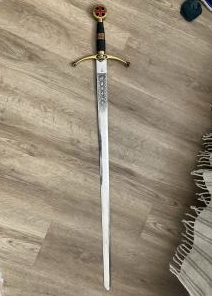 Thats right, it's only an actual sword - ok it's a replica but it is made of steel and it would do a lot of damage if you got the wrong end of it. It's also a truly beautiful item.

One thing I'm not very good at is learning from others. I tend to want to just try stuff and make my own way through things. Thats exactly what I've been doing for Tales. Now when it comes to code and architecture I've got 20 odd professional years and 20 odd years before that of experience. I still learn every day but in general I have a good idea how to make things work.

When it comes to game design and specifically virtual world design I'm a novice. I've just been doing what I always do, make something I'd like and hope it works for other people. Given Tales is picking up and people are paying I felt like I should probably make the effort and get read up on the theory, practice and experience of building worlds. I've got four books to read but I'm a good way into this one now: 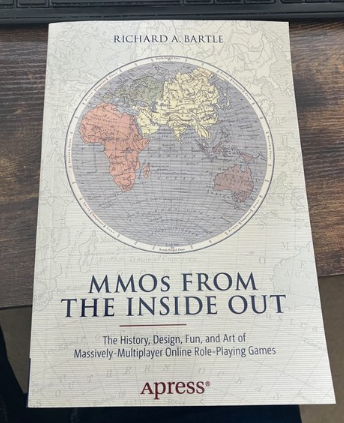 So far it's very good, if a little self centred. It's interesting to see in particular how some of the decisions I've made so far fit (and don't fit) with the ideals pointed out in the text. It's really helping me to plan for the future. I'll let you know how this one, and the three others I have to read, work out!

Now some sad news. Tales has been existing and building a community on good faith and positivity. People play the game their own way but they aim to not upset or negatively impact other people's experiences. It's been working really well. There are a few contentious topics however, the first of which is "Multi-boxing" or "Multi-Logging".

This is when a player runs multiple in game characters at the same time. I've not got a real problem with the concept, it doesn't break anything and the load really isn't that high on the servers. However, it does make other players uncomfortable when they see 6+ characters all being controlled by the same player, doing the same thing, worse still if they have similar names. It all sounds funny at the start but over time people start to get irritated.

I hadn't up to now put any restrictions into the game of any type. This months I felt compelled to add a limit to the number of concurrent sessions a player can have. It's now fixed at four sessions with some intelligent detection going on to try and enforce it (even if thats not really possible).

I'm not quite sure how I feel about it (and another restrictions below). Its a sign the game is growing, it's a sign that people are playing their way but I really don't want Tales to generate any negative feeling in the world - it was always a core concept that the game should be a positive and inviting place. 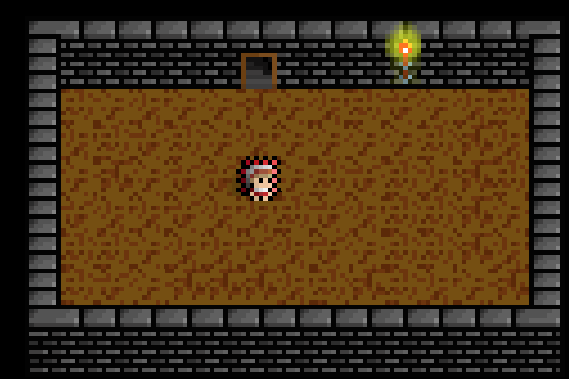 Housing got a big improvement, players have been running out of room in their three level houses. With Oasis coming and all the new house decorations included they were going to need a lot more space. However, I don't want sky scrapers in Yore, it'd ruin the look and feel of the game.

Players can now add up to five cellar levels to their houses - with room to add more - of course these aren't visible from the outside of the house so it leaves the tranquil world of Yore intact.

The next restriction, ALTS, or alternate characters. Yore has had a problem, the economy isn't even close to fleshed out yet 0 so gold can mount up. To handle this in the short term I added a gold cap - that is an upper limit to how much gold a single character can have and a limit on how much gold someone can get in any fixed period. This isn't a a popular design, not with players or me, however its a needed rule at the moment to prevent gold getting totally out of control before an economy can be put in place that will naturally handle the issue.

Guess what, there are now a bunch of alternate characters that exist only to get round the gold cap, they simply hold the gold until the main character needs it. As with multi-boxing, I didn't really mind this on a small scale. It's a way to play the game, it's your call, but over time it's got more and more obvious and been taken to extremes. Again, this month I felt compelled to add another restriction to prevent this alt banking.

However, this one is much neater and kinda cool in its own right. The amount of gold your character can hold is now related to the amount of experience your character has! It's a very tidy solution. A brand new character has a low gold cap, to get that cap up you have to actually play the character and gain some experience. Now a normally playing character will have their gold cap progress with their natural progression, they'll probably never notice it. However, this way you're welcome to have alternate characters, but they can't just be cash cows. Nice!

Finally this month, I had yet more hosting issues. More unreliable service, but worse a database maintenance window that started 8 hours before scheduled, took down my entire game DB and then subsequently broke all the websites involved. I'll name and shame, I've been hosting with DreamHost for 15 years and the service has always been great but in the last two years it's become pretty terrible. From customer support who don't understand the issue, bad response times, to poor update intervals. It's a real shame. They simply can't cope with hosting anything more complicated than WordPress from I can see. 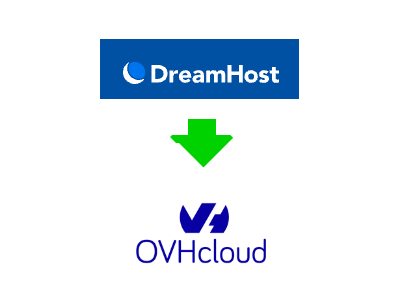 Anyway, long story short, I managed to move all of my services - databases, websites, servers, email, etc - over to OVH hosting over the course of two days. It was surprisingly easy and gave me a lot of confidence in the underlying serious work of infrastructure, documentation and operations that Tales has underpinning a cute game.

It wasn't a much as normal, but remember, Oasis is out! As always, if you have any thoughts, feedback or requests let me know in the comments!

This is a huge update, congratulations! Very interesting read, as usual :) Thanks for sharing!