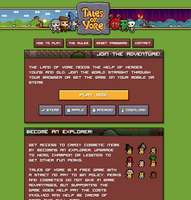 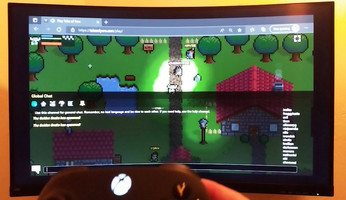 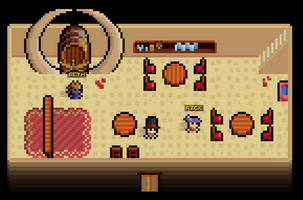 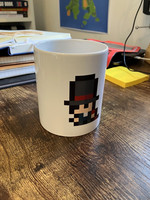 Here we go again, the sun is out, the weather is fine, its time to take your computer outside and play Tales of Yore in the summer! It's been a good month, if a very confusing one. Here's the run down of what happened. If you haven't already, then

First up this month the numbers keep growing. Theres a general influx of players all the time which I can only see as good. There isn't a massive growth in concurrent players so far though, so I think theres a steady stream in and out of people playing the game. Looking at the stats most people player around 10-20 hours of the game before moving on to the next one of the many indie games out there. Right now, given where the project is on its timeline I'm quite happy with that.

This month the game reached 25,000 sign ups and a friendly bunch of regulars is steadily building up. They're a really nice community that I'm pleased to be part of. They also aren't shy in coming forward with problems and suggestions - it can still be a bit hard to deal with everything at once but I wouldn't change it!

Some days in independent game development are really hard. You're on your own (whether you have a team or not) and you're hearing feedback that pulls down something that you've put your heart and soul into. It can be incredibly wearing.  Someone ages ago told me to take any positive feedback you receive, take a screenshot and drop it into a folder/directory that you can easily find later. It's a really good tip.

This month I got this one:

I know, I know, there aren't many reviews to speak of. I'm still taking it as a win!

This month I got the confirmation of something I had heard worked, Tales of Yore runs on the Microsoft XBOX! Luckily the console runs an MS Edge browser - which is reasonably compatible with web standards (I know unusual for Microsoft). I got sent a video of it running and here's a quick snip: 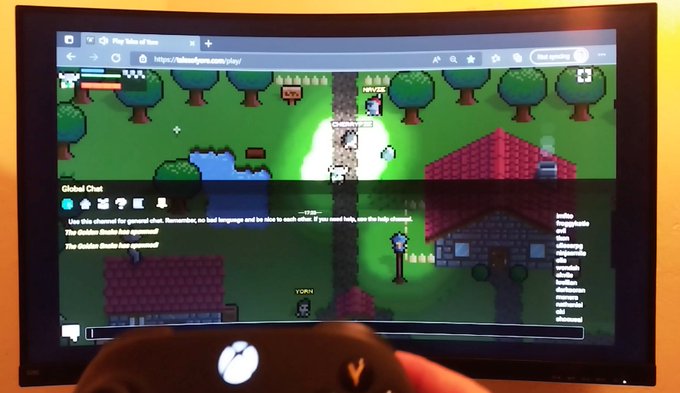 Now the not so good news, the game still isn't running on the Nintendo Switch or the PS4/5 browsers. Neither of those are really supported browsers but it'd still be nice to work out whats going on there. If anyone has any tips on what limitations those browsers might have please let me know.

This month I started on the next content update and it's huge. I'm currently about half way through what I'm calling the Oasis update. 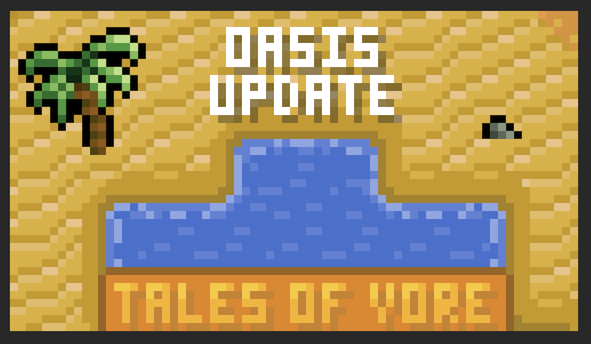 The update expands the first continent adding more than 50% more over-world to explore. It also adds another 7 dungeons and a bunch of secret places. Right now it's adding about 20 new monster types and several new bosses to fight. I've got a lot of work left to do including quests, NPCs, abilities, spells, items!

However, while I think I'm feature and tile map complete, I ran out of energy and started to feel a bit burnt through. I'm about to take a short family holiday so I'll start again when I get back. 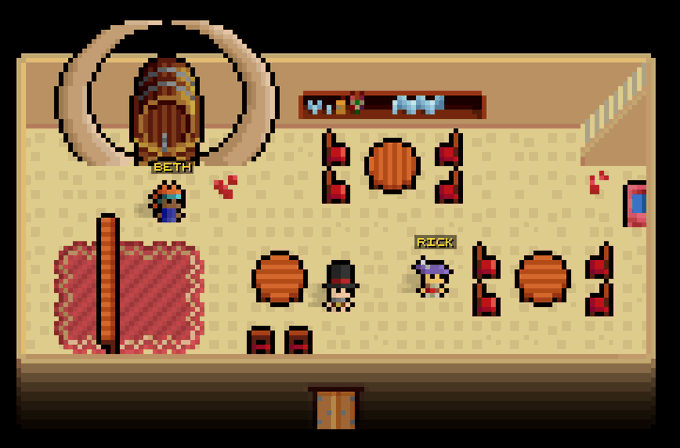 While I take a break I didn't want to leave players without things to do so I decided to add a different feature before I go for holiday...

So yes, I need to have a week off, but no - I don't want to leave my much loved players with nothing to focus on. Enter statistics - I'd left them at a max of 30 earlier in the development simply because I didn't know what I wanted to do with them. I'd speculated with the community about a system based on experience and stat points that you could self assign, but I wasn't quite sure how those stats would eventually affect other aspects of the gameplay. Having had a nice long discussion on Discord with the regulars it actually became quite simple. 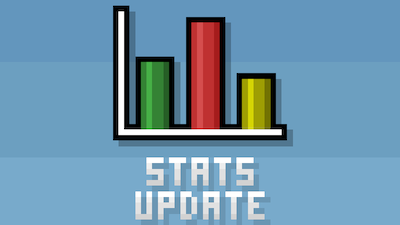 When a player does something in the game they gain experience. That needed a bit of balancing to make it feel right for combat, harvesting, crafting etc. Then a simple curve to map from experience gain to statistic point assignment. As player progress through the game it becomes ever more experience required to achieve the next stat point. At the time of writing it'd take a few years of constant play to max all the statistics in the game - this will of course get easier as more content is released but its a great place to start. 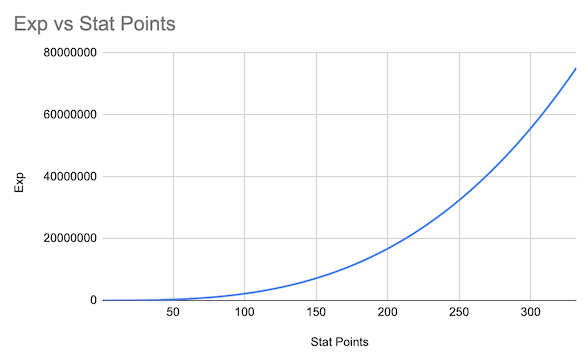 Next up migrating existing players across - and then, theres something for players to grind and beat until I can get the rest of the content out!

A Site for Yore Eyes

In an effort to not burn out on the content update I found a few smaller jobs on my list to focus on. The first of these with a new website that you can now see over at https://talesofyore.com 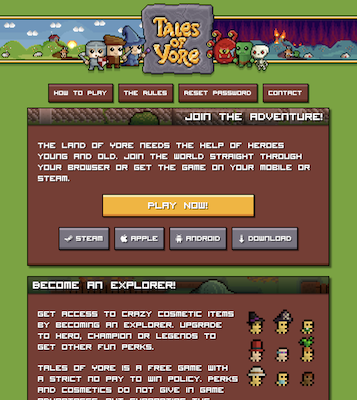 I'm actually pretty pleased with how it turned out. My web dev and design skills really aren't very strong so to get something that:

I consider a great achievement. Three evenings sessions of coding time used, but I'm pretty happy. In case anyone is wondering, I've been asked a few times already, theres no framework or anything involved - it's HTML+CSS+JS+PHP and a whole bunch of rinse and repeat design approach where I just keep trying stuff until it feels "good".

Another random idea here, I got asked if there was going to be "merch". Now I'm old, so I don't associate buying mugs and t-shirts with games particularly - so I had to have a look round and work out how to deliver something on "merch". As always I wanted to do things just a little bit more than I saw elsewhere.

Finding a print on demand service was pretty easy, theres a tonne out there but I wanted to give players custom mugs based on their character, so I needed an API and that was extremely hard to find - until I found https://inkthreadable.co.uk/ - very simple API, very easy integration and of course the I checked the quality of the production and it's excellent.

So what can you do now? Any player can go to the website, enter their character name and the page will generate a mug order based on their character's current look and name. It'll go off to print on demand, generate an order, bring back costs for production and shipping. The player can then opt to buy it and off goes to print! It's a new way for players to support the game while getting something physical too.

I mentioned above that the community building around the game are awesome. One of the great side effects of having players that actually care about the game is they've started making videos!

Theres a few sets of videos appearing but That_SteveGuy is definitely producing the most. He's been nice enough to create "how to" guides for a whole bunch of the quests in the game and they're done in such a cool way - really worth a watch!

Along with the YouTube videos theres a few people that are now regularly streaming the game which is totally strange but cool to watch. Streamers are still in my opinion the best view you can get of play testing out there.

Frog in a Library

Finally for updates this month I had some success with marketing! I know, I know, it sounds impossible but I actually managed to get some positivity from Reddit!

I realise that for a lot of you reading this, 100 (or 300 as it finished) up votes on a reddit is nothing. However, for me, Reddit has always been something of an enigma - but for some reason this post hit the mark. The types of feedback and comments were completely different and it was extremely useful. Expect me to try that again soon!

Ok, thats it for this month, it's been crazy and I'm really looking forward to taking a week off. There is a part of me that will really miss it while I'm out!

As always, if you have any thoughts, feedback or requests let me know in the comments!