Together but not Together 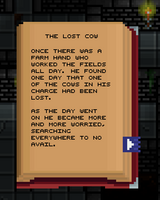 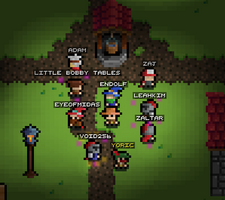 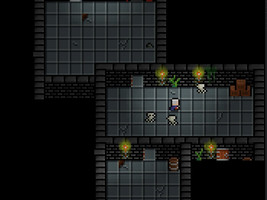 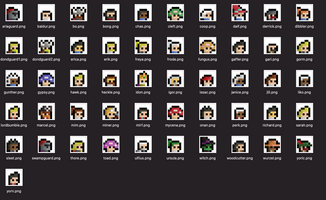 Here we are again, another set of work done and another dev log to talk about it all. I'm trying to get myself into some sort of structured routine as I realise I'm in this game dev thing for the long term - I'm writing my own Tale of Yore if you will. I'll be posting once a month (or more if something exciting is happening) trying to record what's been done in the past month. Hopefully it'll still be interesting!

I'll also be posting at the same(ish) time over on Patreon for the people supporting the project talking about what's coming in the following month and taking suggestions/feedback there. If you're interested in getting involved on that side of things feel free to:

Support Tales of Yore on Patreon

So, enough rambling, on with the October update.

Instances are not just for Coders 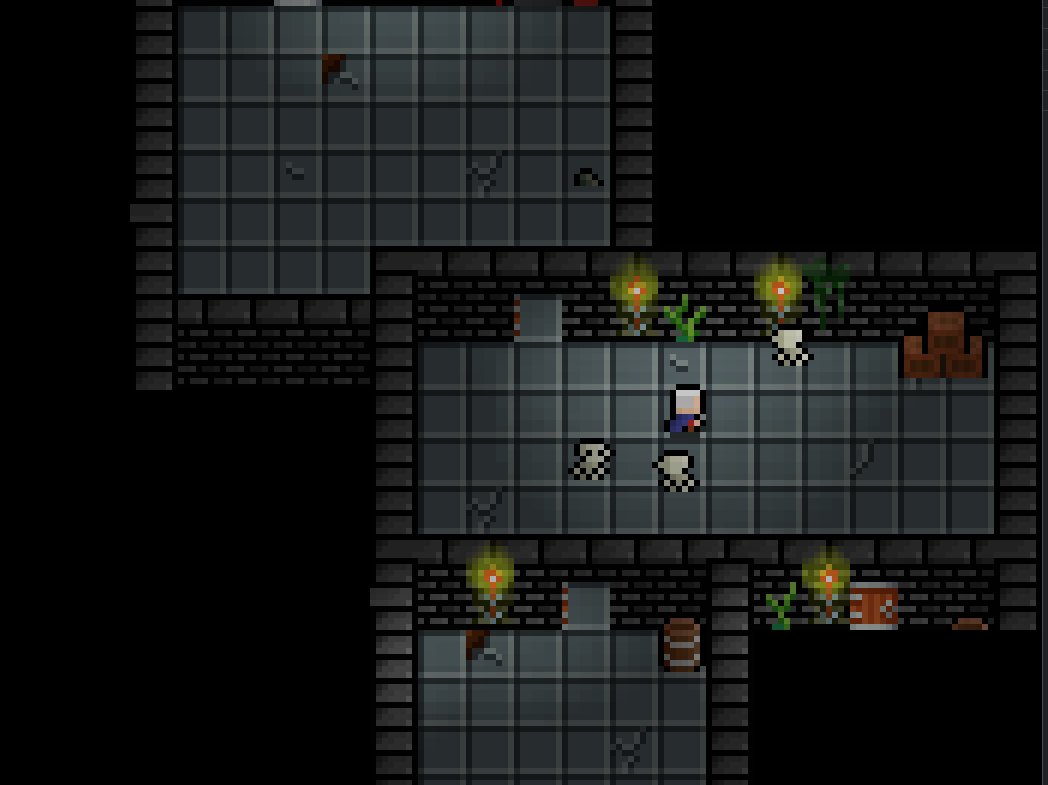 The massive feature this month was adding the concept of instanced dungeons. Coders like me have been talking about "instances" of classes for an age, this is where you take a class definition and create a specific instance or "object" of it. The class is "Dog" the instance is named "Rover". This month I've added the concept of instanced dungeons, or dungeons that get created from a template for each player while they're playing. While the game is online, sometimes it's nice to be able to add features that only make sense in a single (or small number) player game.

In a multiplayer online game having doors you have to open is infuriating. Every one is wandering around opening and closing doors and getting in each others way.

However, not having open/closed doors does mean that theres no sense of discovery - whats behind the door? How many monsters will I face? Is there a chest!? Instance dungeons mean that these types of features (also switches, pressure plates, traps, secret doors) can all be added in. While a player has their own instance dungeon to explore the discovery can be back in the game - after they leave their instance, they're back in the multiplayer world.

It's been a rocky road on getting them to work, but they seem to now have been well received. The concept will work for small parties of players too so I think I'll be looking at that as an extension quite soon.

Ok, this feature isn't exactly key, but for me it was a great bit of fun to relax after trying to get all the other moving pieces working well together. A player can now, at any time, hit D and start dancing. You can do this in combat or while casting a spell and you can of course be wearing anything leading to some really fun visuals :) 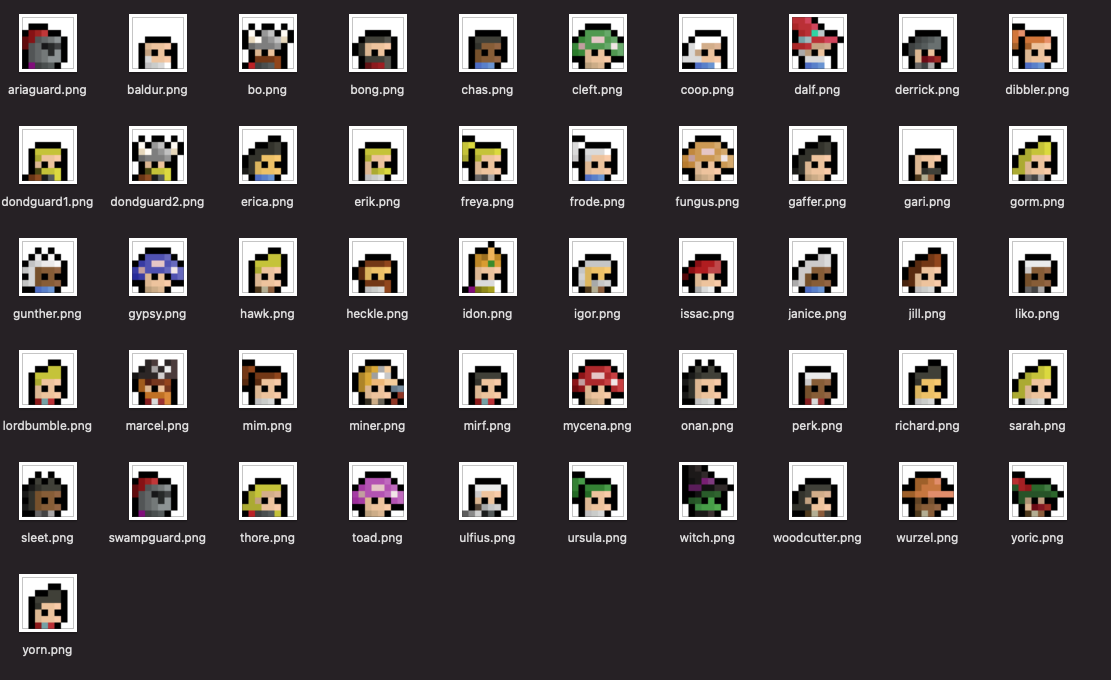 The game is slowly building up a following which  is really helping with my motivation. To try and give back to the players that are putting up with the bugs and everything else I spent a little time creating a set of emojis based on the game characters. Of course it being me I couldn't just draw them - so they're actually generated by a little javascript running in node - the characters above are the actual NPCs in the game.

It was a good exercise in understanding what I could do graphically in headless Node.js with node canvas and leaves me open to trying all sort of other random ideas I've got about generating content for the website include a world map any time now! 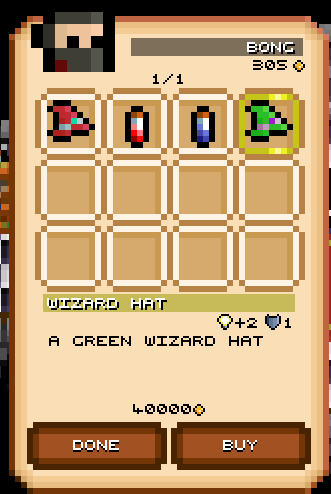 Players have also started amassing fortunes in gold through playing for hours and didn't really have anything to spend it on. Enter "Epic" Items - these items don't possess any particularly high statistics apart from their cost. They are expensive as I dared make them and already at least one player owns them all!

As the game develops I'm sure there will be real items that are very expensive to buy but right now these are certainly collectable! 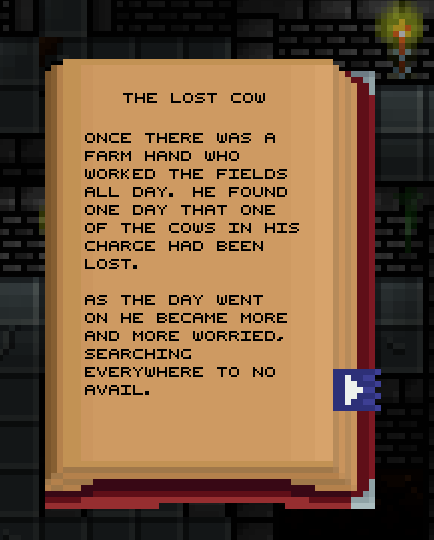 One of the adds this month that I was very happy with was books. The game has a few places where you can find and read books. Right now they just describe the world of Yore through tiny stories (which is of course important). In time I expect to use them as part of quests and potentially unlock areas.

What's more adding a book to the game has now been added as a Patreon perk. There is already one player written book in the game, so if you fancy writing one do come over check out the pledge tiers.

Finally there was the simple promo video. I've needed one for a while so it was about time I create a simple video from the existing content with some gushingly epic splash pages. Check it out!

There have been of course oodles of bug fixes, more items, monsters and quests added this month which I look forward to you finding and breaking!