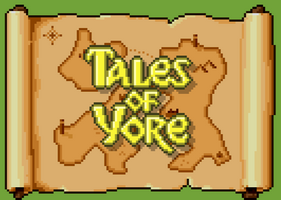 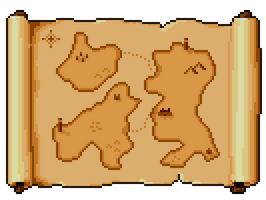 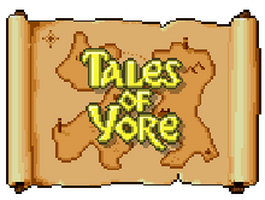 It's been a busy week, but not much has changed in game! What gives? Well most the time this week was spent on this around the game and trying to support growing a community. For a game like Tales, I think it's really important to build an extremely inclusive community where everyone can take part. So here we go, this week...

Someone on twitter mentioned it'd be nice to know who was doing the "best" in the game. Definitions of best vary but it did lead me to build in leader boards. You can now see them on the main site, https://talesofyore.com

Right now leader boards are recorded for most gold held, most damage dealt and of course who has played the game the most (excluding my test accounts of course :)). Immediately people started trying to get the top spots and it certainly drove some excitement.

One user posted the game to Reddit - it's a little early for this sort of thing - and that then drove 100s of people to try and game. Feedback has been mostly good and useful. I'm really hoping to keep the positive energy going around the game.

Building the leader boards also meant I needed to do something about a website. I was even asked to add a donate button, again its very early for asking for any sort of money but pizza is always appreciated. Spent around a day and half of my spare time on making the website as good as it needs for now.

Join the Tales of Yore Discord

Up to now I've been mostly maintaining feedback through Twitter, which has been great. This week I took the plunge on adding a discord server for people to connect, report bugs and suggest updates. I must say for me, an older man, Discord is not something I'm particularly used to but it's been a great experience so far.

I've hooked up the Discord server to my Twitter for updates (via TweetShift) and  Trello (my trello board) for dev updates (via TacoBot). Both of which seem to have interested people although they can be a bit noisy at times. I'll just watch to see how these settle.

The final Discord related thing I did was to link my game server directly into the discord, so the game can actually fire events and message into Discord. Right now this is limited to new adventurers joining the game but in time I expect to use it for in game events and moderation.

For anyone interested, I wanted to use discord.js - unfortunately it has dependencies I can't use at the moment (most notable a later version of Node than I can currently host). I found to my surprise that sending messages into discord via a bot is actually less than 100 lines of code, so I just rolled it myself (you can find the code here).

Outside of bug fixes and the above, the final thing I did this week was a complete guilty pleasure. I'd been missing doing my own pixel art and the great stress relief that is sitting pixeling something up - so I invented a reason to need an improved logo. This certainly shouldn't have been a priority on my dev time but I wanted it.

The logo now combines the title graphics that have been there for a while, with a map of Yore. The nice thing about designing the map was it made me start considering the world and how the game was going to fit together. Here's the map: 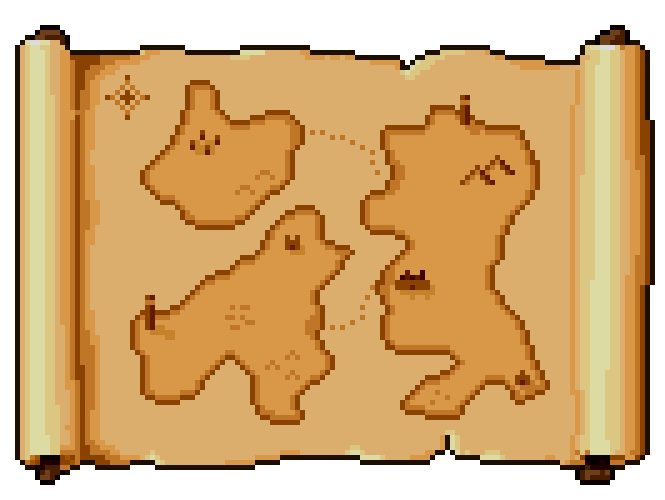 And the combined logo 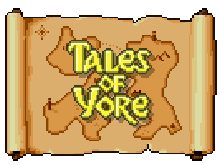 As I started thinking about the map and how to improve the world from Legends of Yore, I got the urge to draw - you know physically. Which resulted in this, somewhat limited artistically, masterpiece.

It's been a really motivating and exciting week for me. A big thank you to all the of the people who've got involved these past days. I've started to feel like theres a plan!