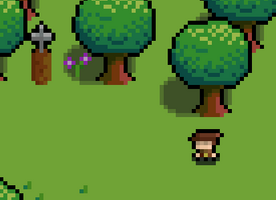 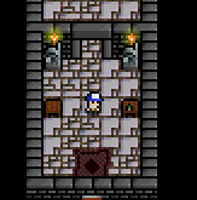 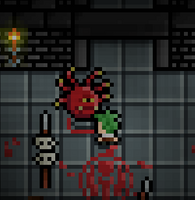 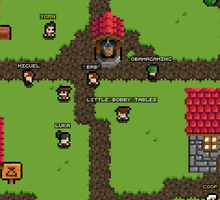 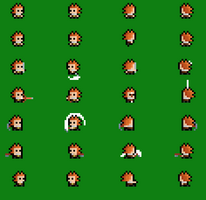 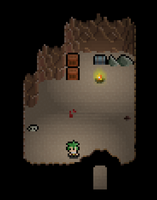 I'm not a fan of big chunky releases. I like to drip feed changes into the game in nice small pieces so I can see what happens and catch bugs quickly. However, just now and again I need to get a big change in. One that adds a bunch of new stuff and exercises a series of new bits of code. Just before I left for holiday time with the family I complete the Version 80 release, one such release that took me about two weeks of spare time building to put together. Here's what in it... 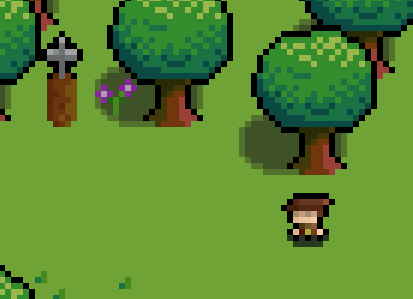 There's an increase in the explorable area, it's about 3 times as big as the last release. This includes 2 more dungeon levels along with some big wide ranging areas to explore and to allow me to expand the world further. A second town named Sacke has been built, with a bunch of new NPCs to entertain.

The new parts of the world start to introduce new area types - the swamp, mountains and caves are all present in small amounts. Expect those areas to get built out soon. There's also some hints of the stories that will fill the world of Yore once more and drive the quests that players can take part in. There's so much more world to build but this was a great big lump to push out. 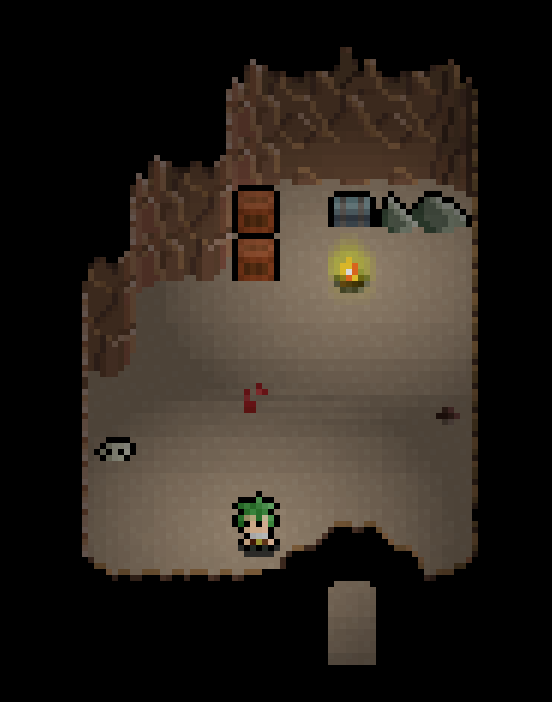 I've started adding in a few new monsters and variations, including goblins, ghouls and beholders. To add to these I've made it possible for human characters dressed up to be opponents too - you'll find certain areas are filled with nasty human bandits. This is a big win for me since it means I can dress up monsters and humans in items to create variations without having to beg for more sprites!

The monsters also have statistics and skills, they use items and if they're left alive for long enough they'll gain skills and statistics just like players. Don't leave the beholder alive too long or it's casting ability will become epic! 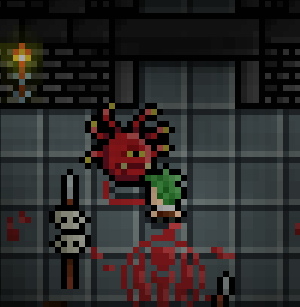 As I'm adding more and more items I realised that the system I was using for overlaying the visual version of items equipped was going to take an awfully long time to complete. I've been using lots of copies of the visual item over the top of the human and adding lots of versions of the item for the different various frames of animations - this meant a hat needed 16+ sprites to work.

I've known for a while all I really needed was a forward and backward facing version of the sprite and some positioning information and I took the time to move to that system in this release. It means that I (or anyone else) could easily create items for the game to be worn by players and enemies!

As you can see below the net result is completely zero, no change, it looks exactly the same but the number of sprites required for each visual item has been reduced dramatically. 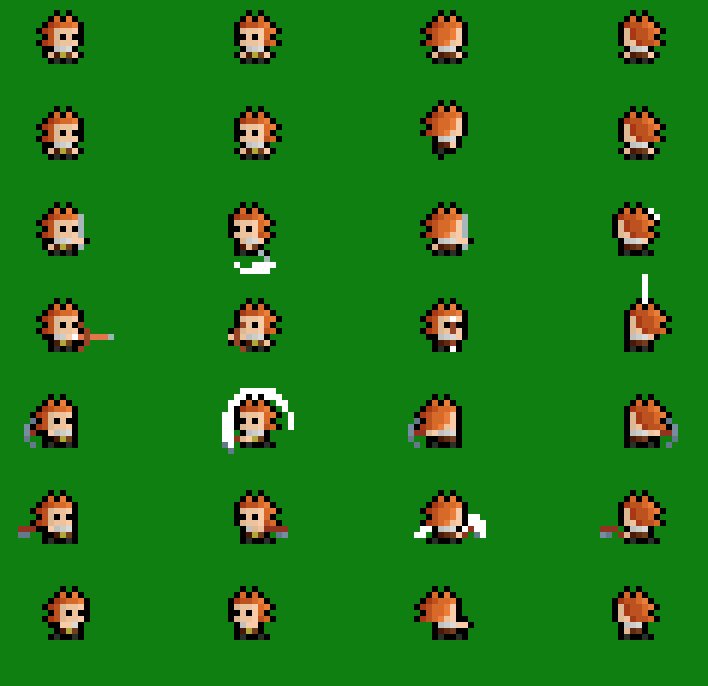 Finally I did spend a fair amount of time tuning the network code to make it more stable for more people. I pushed the release and you folks were nice enough to test it for me. Thanks for trying it out and exploring as much as you all did! Network is holding well and the CPU on my puny super cheap VPS hasn't gone about 12% (i.e. no more than baseline) yet - which is awesome! 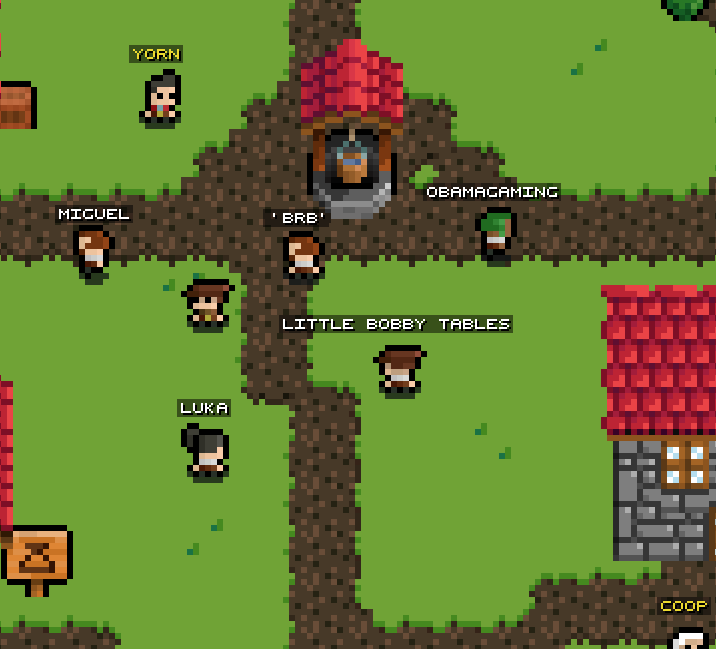 Thanks again for testing, reading and most of all playing. Today's testing has really given me a great shot of motivation to keep on chugging!

I loved playing your game. Fighting ghouls in a dungeon alongside libgdx creator badlogicgames was truly epic! Oh, I noticed my bearded self made it into one of the screenshots.

It is quite relieving to know that I am not the only one doing bigger releases. I am planning a massive release soon of my game, which will mark the first big 0.1 milestone. I haven't upgraded cave on itch.io in almost a year and I cannot wait to release it!